“Journey all over the universe in a map, without the expense and fatigue of traveling, without suffering the inconveniences of heat, cold, hunger and thirst.”

The concept of a map can encompass many different meanings, ideas and interpretations. To Curtis Wright, they have always symbolized a mechanism for escape. Maps are an intersection of history, geography and culture that can transport their audience to a different time and a different place.

Growing up in rural Southern Indiana, Curtis often found his mind was traveling elsewhere through the medium of road atlases, encyclopedias and historical non-fiction books. His curiosity lay in comparing the world as it was to the world as it is. This passion for the past persisted through his studies at the University of Evansville, where he received Bachelors of Arts degrees in History and Political Science and focused his research on the economic and political relationships between Coca-Cola and governments of the Middle East. Upon graduation, the road map of life led him down a different route, where he spent nearly 10 years as a legal technology consultant. After attending his first map fair in Chicago, Curtis was enthralled by the variety of cartographic material that was available and began to dive deeper into the world of maps. He soon found himself surrounded by a burgeoning map collection, decent reference library, numerous organizational memberships and a reinvigorated desire to reflect on the past more than the present. 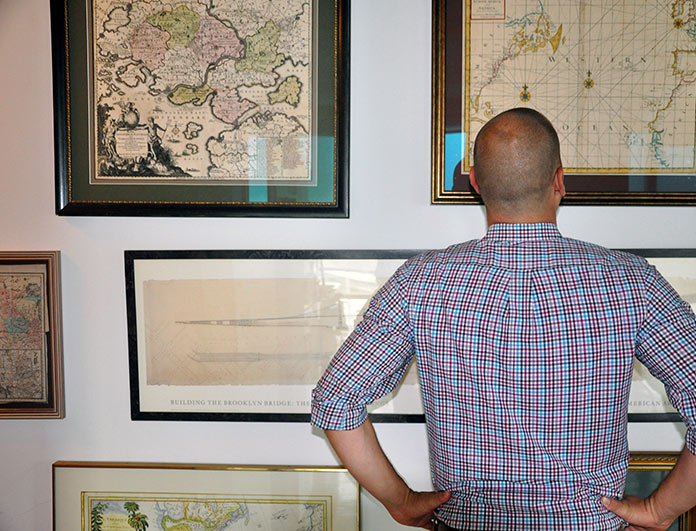 Curtis Wright Maps was founded in 2018 as a creative outlet for one individual to share his cartographic passion with others. Everyone is from somewhere, and everywhere on a map has been visited by someone (with only a few exceptions). These relationships between people and places can often best be expressed with a map, and it’s the connection between the two that gives the map its value. It doesn’t have to be exceptionally rare, in perfect condition, or a first edition to be desirable, and the breadth of cartographic material available is now broader than ever. Our goal at Curtis Wright Maps is to bring maps to the masses and help everyone find a piece of history, geography, and culture that fits their budget, interest and style. We hope to work with serious collectors and casual enthusiasts alike in finding their perfect map.